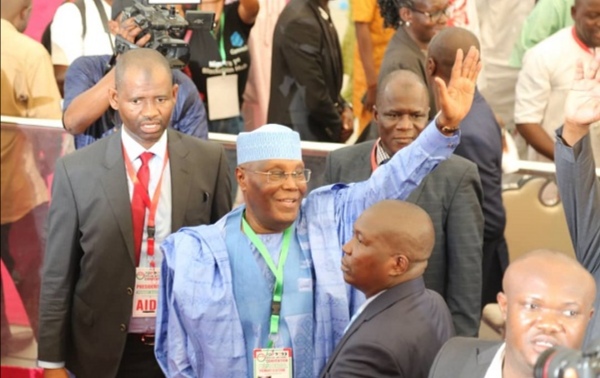 Related Topics:PDP presidential
Up Next

BREAKING: Tambuwal steps down for Atiku 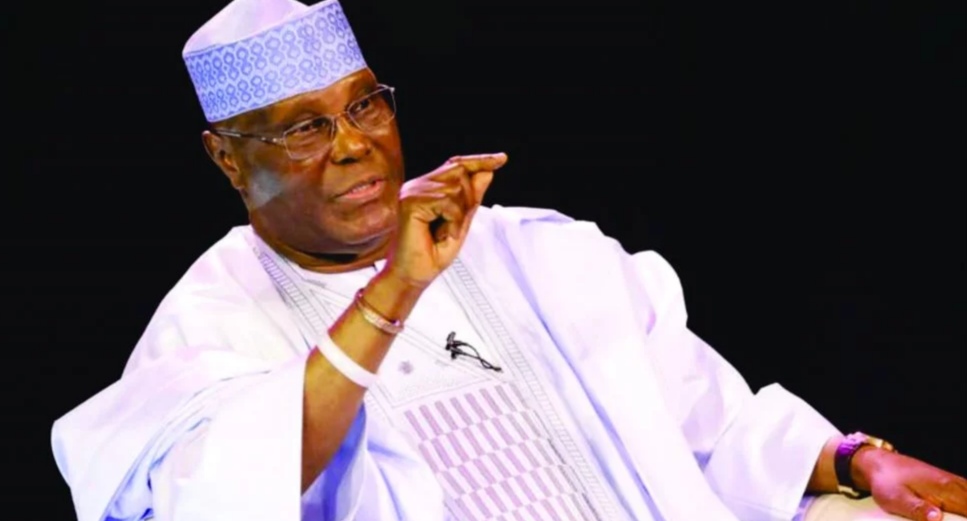 Peoples Democratic Party (PDP) presidential candidate Atiku Abubakar has stated that Rivers Governor Nyesom Wike is not against the party.

The former vice president insists Wike, other governors, and stalwarts are all working for the platform to win the 2023 election.

The Wazirin Adamawa advised stakeholders and his supporters to desist from assumptions that may jeopardise PDP’s unity.

In a statement by spokesperson Paul Ibe, Atiku debunked speculations that Wike and governors in his camp were planning to work with the opposition.

The flagbearer cautioned against comments that “potentially reduce the optics of PDP’s image as a united political party.”
Atiku said diversionary antics of the APC, in manufacturing a false impression of division within the PDP, aim to hoodwink the Nigerian public to overlook their monumental failures

The candidate stressed that Nigerians are looking up to the PDP to lead the charge in ousting the ruling party next February.

The statement said the people’s expectation is why the APC is jittery about their impending fall in next year’s general election.

It added that it was also the very reason “the ruling party is manipulating the political process to create a sense of division in the PDP.”
Atiku accused the APC of playing the role of the devil’s advocate, regaling in celebration of their imaginary invincibility upon a fraudulent claim that the PDP is divided.
“All the leaders, including the governor of Rivers State, His Excellency Nyesom Wike and all governors of the PDP are united in working for the victory of the PDP.”

Atiku added that what is at stake is the future of Nigeria, assuring all PDP leaders and members are on the same page in the mission to rescue the country from the stranglehold of the APC.

Everything about you bundle of lies – Bode George attacks Tinubu 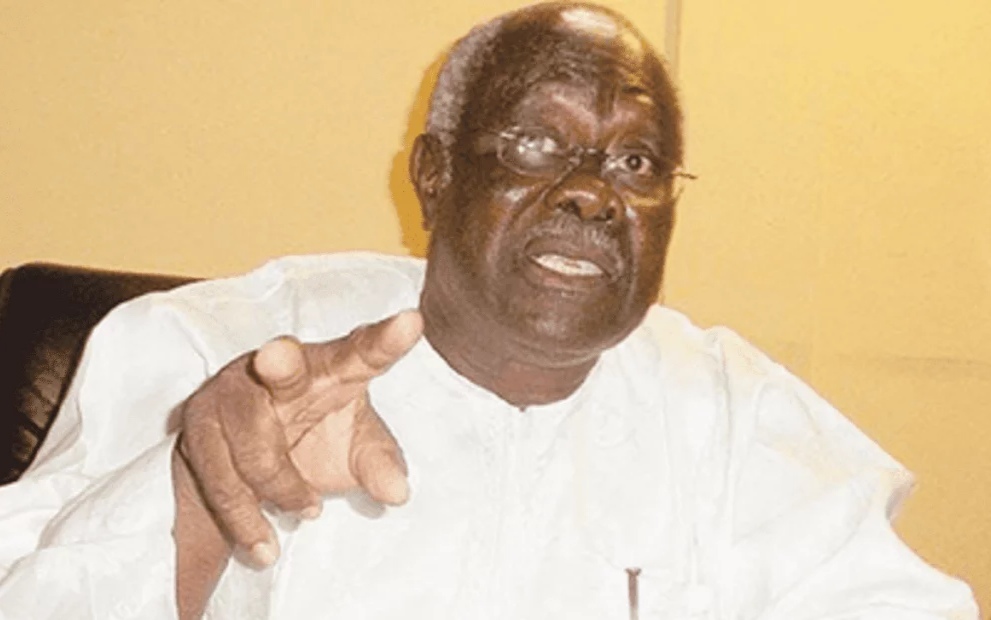 A chieftain of the Peoples Democratic Party, PDP, Bode George, has described the All Progressives Congress, APC, presidential candidate, Bola Tinubu, as a “bundle of lies.”

George said everything Tinubu attributed to himself was a “bundle of lies”.

He said Tinubu did nothing to alleviate the pains of residents of Lagos State despite serving as a governor for two terms.

Speaking with Channels Television last night, George said: “I absolutely have no qualms, no quarrel with Tinubu, but all I know is that everything he has said he was or his name is this or his school is that it’s a bundle of lies.
“I’m a bonafide Lagosian, we knew what Lagos was like, and Lagos remains the commercial nerve centre, not only in Nigeria but in the whole of West Africa. What has this fellow done to us?”

The PDP chieftain charged Tinubu to open up on the ownership of Alpa Beta company.

He said the APC presidential candidate should tell Nigerians how much the company has allegedly stolen from the Lagos State Government. 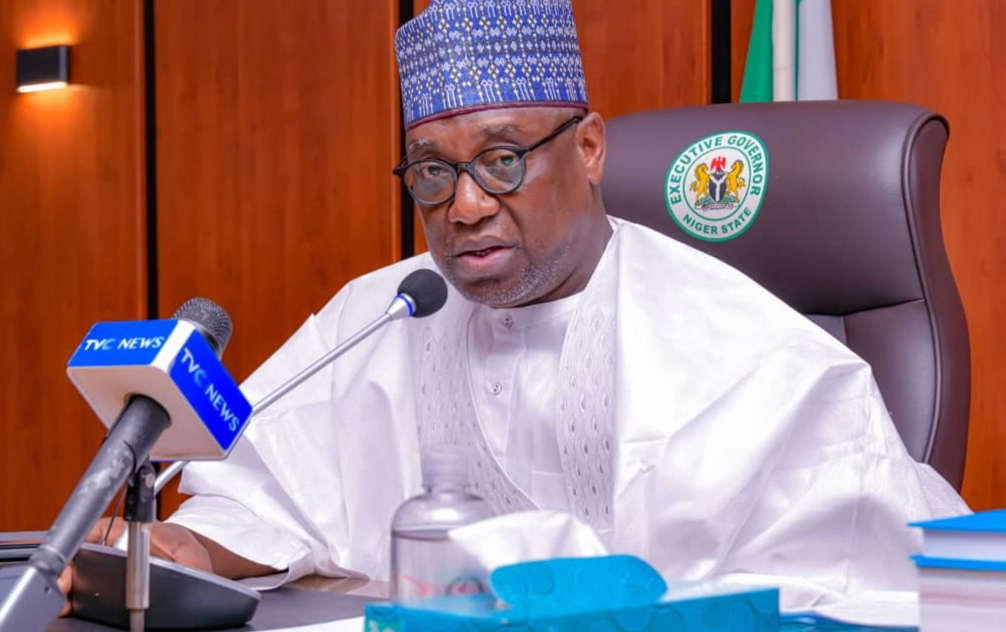 Governor Abubakar Sani Bello of Niger State has described the political atmosphere in the country as unpredictable and bleak for the ruling All Progressives Congress, APC, if members failed to unite and work towards sustaining its dominance in the forthcoming general elections.

Bello made this known during an interactive meeting with political appointees at Government House, Minna.

He noted that the ruling party must realign, restrategize and work for all its flag bearers in the overall interest of the party.

He stated that although the APC remains a party to reckon with, a lot of hard work and energy is required to sustain the dominance of the party in the country.
Bello urged members of the party to put aside their differences and support the party’s candidates at all levels to ensure victory in the coming local government and the 2023 general elections.

“We all had our candidates at state and national assembly levels during the party primaries. But that time is past. As painful as it may have been, God has decided and we need to leave it in His and work for the party.

“The problem of APC is APC, we must not take actions that will be injurious to the party. We sheath our swords, accept everybody as APC and move on to glory as an indivisible and dominant ruling party.
“It is erroneous and can also be suicidal for the party candidates, members, and stakeholders to fold their arms, sit back and assume that they have won already. The situation in the country has put the party in a disadvantaged position ahead of the coming elections,” he said.

The governor, however, expressed optimism, hope, and confidence that APC will pass through the storm and form an even more formidable government with the support of its united members and stakeholders as well as a consolidated internal democracy.
Also speaking to journalists after the meeting, the gubernatorial candidate of the party, Hon. Muhammad Umar Bago said the meeting was mainly to encourage party members, especially political appointees on the need to unite and discuss the way forward for the party towards the 2023 general elections.

During the interaction, observations and suggestions were made by various stakeholders of the party on how to have a successful outcome in the 2023 elections.