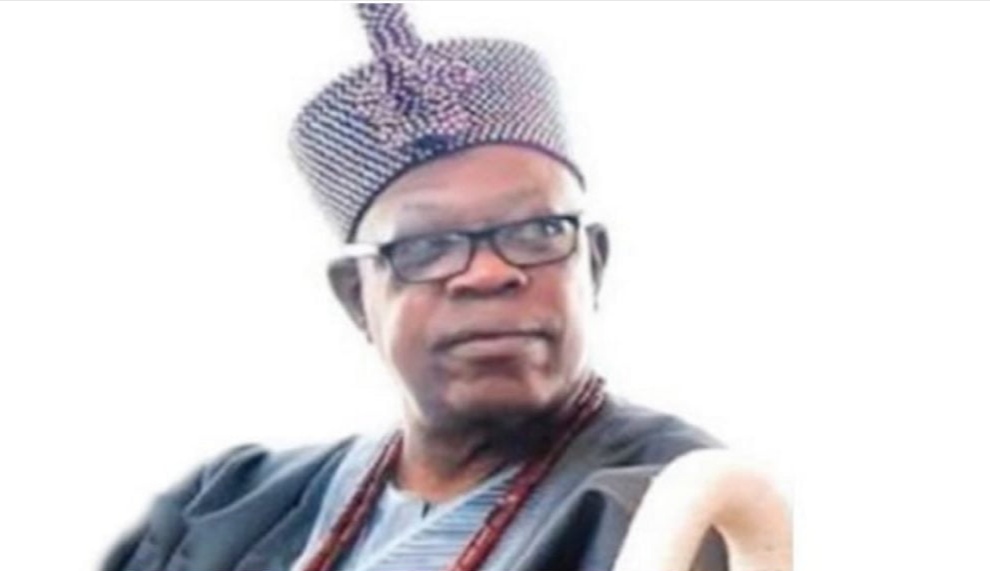 A former member of the National Assembly, Dr Mashod Olalekan Balogun, has been officially crowned as the 42nd Olubadan of Ibadan land.

Balogun, who represented Oyo Central Senatorial District between 1999 and 2003, was crowned as the 42nd Olubadan on Friday.

The peak of the coronation rites was held at Mapo Hall in the heart of Ibadan, the Oyo State capital.

The state governor, Engineer Seyi Makinde, presented the staff of office to the new monarch.

The staff of office was presented at noon on Friday to the new monarch.

This was preceded by other traditional rites which had been coordinated by the holders of the traditional religion.
Our correspondent reports that the event was attended by Vice President, Professor Yemi Osinbajo; and a former Vice President of Nigeria, Alhaji Abubakar Atiku.

Other prominent Nigerians at the event are; Alaafin of Oyo, Oba Lamidi Adeyemi, Ooni of Ife, Oba Adeyeye Enitan Ogunwusi and Aseyin of Iseyin, Oba Abdulganiy Adekunle, The Polytechnic Ibadan, Rector, Professor Kazeem Adebiyi, Ibadan High Chiefs, Mogajis, Baales among others are also at the venue.

Balogun, a Doctor of Philosophy degree holder, was a presidential aspirant during the aborted third republic.

The younger brother of the new monarch, Dr Muhammad Kola Balogun, is currently representing Oyo South at the National Assembly.

Femi Adesina reveals his next assignment after Buhari’s tenure 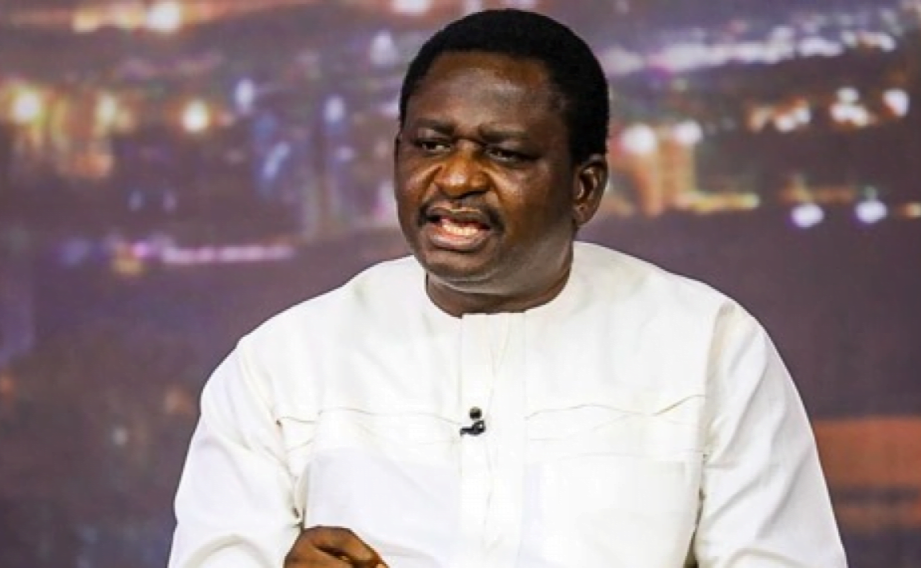 Femi Adesina, President Muhammadu Buhari’s Special Assistant on Media and Publicity, has said he will become a farmer and return to active media work when his principal leaves office.
Adesina made this known in a post on his verified Facebook page after he received the All Farmers Association of Nigeria (Edo State Chapter) at his office.
“When I finish in government, by the mercies of God, I intend to return to active media work and also be a farmer. May God make it happen. Amen.
“It was then a big surprise to me when I got notification from the All Farmers Association of Nigeria (Edo State Chapter), saying they were coming to make me a Patron of the group. I asked myself: “how did they know I was planning to go into farming? They must have seen tomorrow.”
“And true to their words, the farmers came. Farmers of cassava, cucumber, pineapples, fish, cattle, and other crops and livestock. And they made me their Patron. Men, women, and youth. They were led by their Chairman, His Royal Highness, Alhaji Bako E. Dogwo, Coordinator-General, Bassa Traditional Rulers and Elites. Others were; Gladys Iyore Emuze, Secretary, Aisha Ugbaja, Justice Agbozuadun, Zinat Shaka, and Yusuf Mohammed.
“The Chairman said, having followed my activities as Special Adviser to President Muhammadu Buhari on Media and Publicity, “we decided that you deserve not only commendation but also to be honoured as our Patron.”
“The farmers added: “We wish to congratulate you as you are being appointed Patron based on your antecedents. We say big congratulations, and look forward to seeing you rise higher.”
“This is a surprising honour. I could only promise the farmers that I would continue to serve the President, and my country to the best of my ability.” 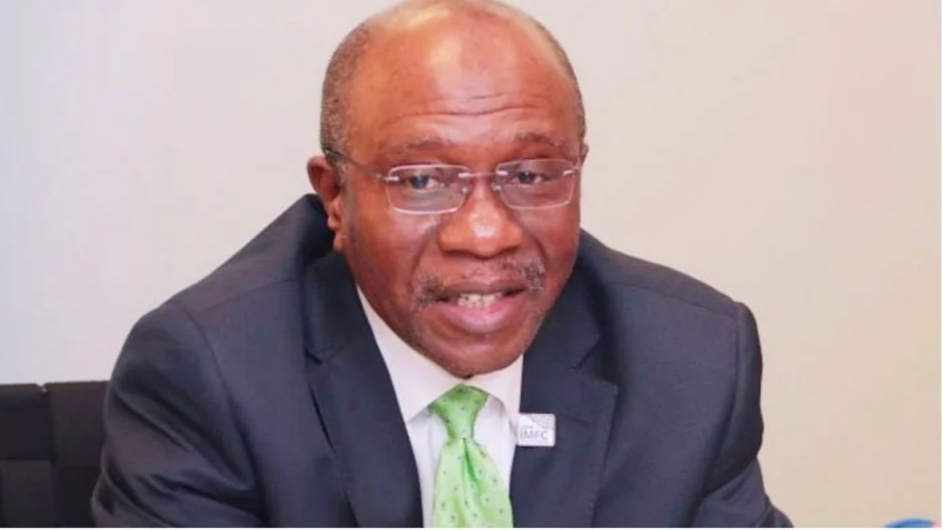 The Central Bank of Nigeria, CBN, Governor, Mr. Godwin Emefiele has finally dragged the Independent National Electoral Commission, INEC, and four others before a Federal High Court in Abuja seeking enforcement of his right to contest the 2023 Presidential election without resigning from his current position.

His suit with No FHC/ABJ/CS/610/2022 instituted on his behalf by a Constitutional lawyer, Mike Ozekhome, SAN, has been fixed for hearing today, Monday.

Justice Ahmed Ramat Mohammed slated the case for hearing by 12 noon, along with two other matters.

As of the time of this report, followers of Emefiele have already jam-packed the court to witness proceedings. 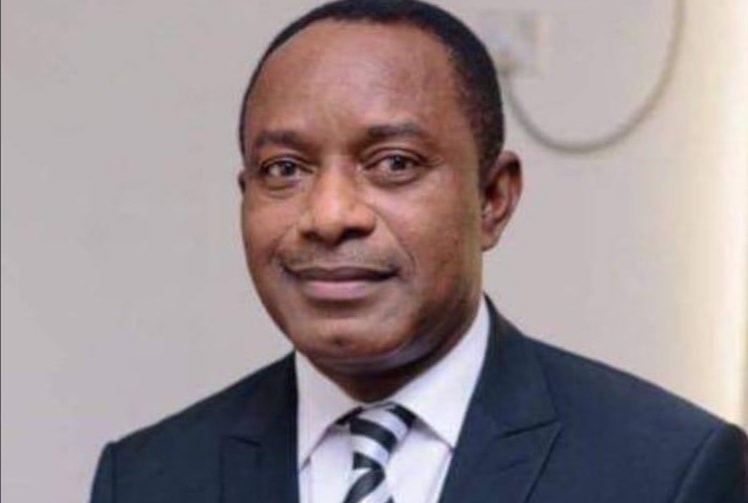 After months of surveillance and evading arrest, Mr Ukatu who is chairman of Mallinson Group of Companies, was eventually nabbed onboard a flight to Abuja at the MM2 terminal of the Lagos airport, Ikeja on Wednesday April 13.

NDLEA investigations revealed that he has been a major importer of large consignments of different brands and high dosages of Tramadol Hydrochloride, ranging from 120mg, 200mg, 225mg and 250mg, all of which are illicit.

Mr Ukatu owns pharmaceutical and plastic manufacturing companies, which he used as a cover to import illicit drugs into Nigeria. This is in addition to operating 103 bank accounts, most of which are used to launder money.

Mr Ukatu came under watch last year after five cartons of Tramadol 225mg were seized from his staff on May 4, 2021 when he sent them to sell to undercover police officers (unknown to Ukatu) from the then Kyari-led IRT of the Nigeria Police, Ikeja Lagos.

The price of a carton of Tramadol was negotiated at N17million each as against the then black market value that ranged between N18million and N20million a carton in Lagos.

After the arrest of Mr Ukatu’s staff: Pius Enidom and Sunday Ibekwete, Mr Kyaris men were then led by the suspects to Mallinson’s warehouse at Ojota in Lagos where 197 additional Cartons of Tramadol 225mg were seized by the IRT Team. The monetary value of the 202 cartons of Tramadol seized from Mallinson in one day was over N3billion.

Three weeks after the seizure, the Kyaris IRT team transferred only 12 Cartons of the Tramadol with one truck and a suspect to the Lagos Command of the NDLEA, leaving 190 cartons unaccounted for. After over eight months of following the lead, anti-narcotic officers of the agency eventually arrested Mr Ukatu at the Lagos airport on 13th April 2022.

Mr Kyari and four top members of his team are already facing trial for a different but similar offence at a Federal High Court in Abuja.